Facing the issue of BLOD with your PS4?

Read this article to help yourself take the right steps!

The egregious BLOD has been a nightmare for quite a fair amount of Playstation enthusiasts. Many people have experienced it and it surely is a terrible situation.

BLOD is when you turn on your console, and there is an infinite series of blinks and pulses of the blue light until you turn your console off. There is no display on your TV as well.

There are a lot of rumors encompassing this matter. Not a lot of people know about it, so those people have spread rumors. I am quoting one of those rumors “the BLOD is caused by a faulty HDMI port”

How funny is that, right? I mean, these rumors were actually spread by non-technical people.But they still sound absurd. Don’t they?

What most people think of BLOD is that it is an HDMI port error.

But it really isn’t that.

It is mainly caused by oxidation of the solder joints under the APU (main chip). But there are other causes of it as well like,

Now, you should not panic.

The first step that you should be taking is to look at the back of your TV. Make sure that the HDMI cable from the console is connected to your TV.

Then check if you are on the wrong source on your TV.

The last thing that you do is to test your HDMI cable.

If nothing helps, then you’re in trouble.

You can actually try to repair your console yourself, but most of the consoles require professional repairs by a technician.

The first thing that comes to our minds is:

“I should boot into the safe mode”

but there’s a catch, you can not access any menu or boot into safe mode with BLOD.

Now how do we fix it?

As mentioned before, it is mostly caused by oxidation of the solder joints under the APU.

This does not mean that a simple reflow would fix it.

Another thing that might come to your mind is that you could fix it by just heating the joints with a heat gun.

A heat gun is mostly not a reliable fix for this problem. It can fix it in some cases but there is always a feeling of uncertainty.

The best way to repair these is to use professional rework equipment specially made for these kinds of repairs.

Now, there are other causes as well. Like a faulty HDD or a defective GPU.

After you have realigned your HDD, screw it back again. Close the HDD cover. Connect all the cables to your PS4. Turn on your console.

If you have taken all the steps correctly, then your console should work.

You should also check if your TV is compatible with the PS4.

You can do the test by going to a technician and he will plug your ps4 in to test it,

if it works on his screen.

If it doesn’t, then you have got a much bigger problem on your hands.

The Ultimate Solution to this problem is to :

stop messing around with your console. consult a technician and get your PS4 fixed….

Conclusion: BLOD is a horrible scenario, it indicates that there is a serious issue in your console, so don’t underestimate it. And get your console checked by a professional ASAP.

If we have missed something. Then let us know in the comments section below. 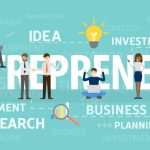 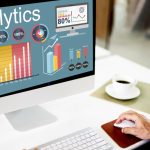