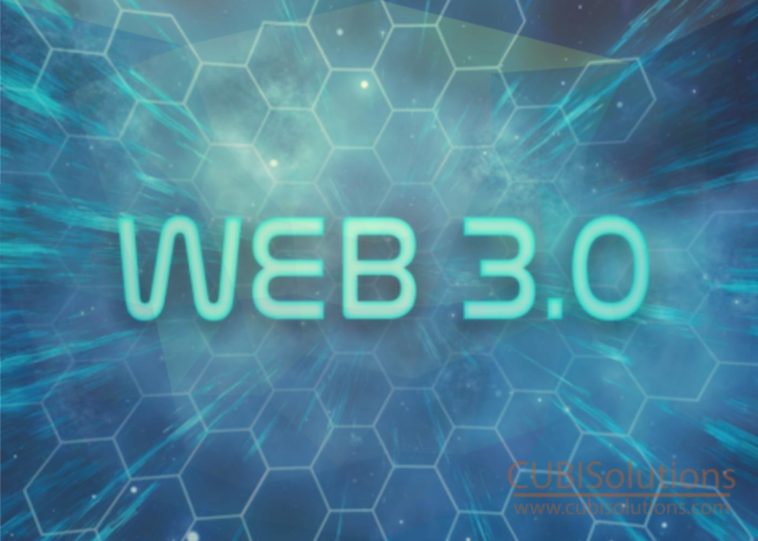 Web 3.0 is the third generation of internet services for websites and applications that will provide a data-driven and Semantic Web employing a machine-based understanding of data.

Websites and apps will handle data in a clever human-like manner using technologies such as machine learning (ML), Big Data, and decentralized ledger technology (DLT), among others.

The semantic Web’s main benefit is recognizing and interpreting the data’s context and notion. As a result, web 3.0 provides the most accurate and relevant result when a user looks for an answer.

Google, Facebook, and Microsoft are just a few of the few companies currently profiting handsomely from user data.

“Tech corporations have abused people — essentially, fooled into giving valuable data away with little or no recompense from the firms who collect and benefit from it.” Web 3.0 will enable us to get compensated for our time and data.

Users will sell their data to advertising while maintaining ownership and privacy. In addition, web3 will allow websites and applications to use data better and personalize information to individual users.

As a result, the third generation of the InternetInternet will be one in which you may have individualized interactions with machines and websites the same way you would with any other human.

The Semantic Web is the next step in the evolution of the internet. The semantic Web enhances online technologies by allowing users to create, share, and connect content via search and analysis based on understanding the meaning of words rather than keywords or numbers.

Consider the following scenario: you’re looking for a product. This is where Web 3.0’s commercial magic kicks in. In the United States, Amazon now has more product searches than Google. Despite this, neither of these Web 2.0 behemoths can answer specific product inquiries like “what is the best bargain on a 55″ HD TV that can be delivered in two days?”

From the customer’s standpoint, a sensible response to such a question would include a variety of options rather than merely a list of online links.

Because of semantic technology, this feature will be part of Web 3.0. It will save both buyers and sellers a significant amount of time during the sales process.

By combining this capability with natural language processing, Web 3.0 allows computers to comprehend material the same way that humans do, resulting in faster and more relevant results. To meet the needs of users, they become increasingly intelligent.

Most web users are acutely aware of digital adverts that follow them around the Web, Facebook banners that appear in front of their eyes, and Amazon’s attempts to persuade them to buy something else “they might enjoy” when they are ready to place an order. The twin weapons of Big Data (mainly your data) and AI deliver commercial firepower to websites with large budgets, putting the customer at a disadvantage.

Intelligence, on the other hand, cuts both ways. Individuals could benefit from AI if they take control of their data and work together to identify efficient methods to utilize it. In short, the potential of AI is expected to expand with Web 3.0, but to the detriment of the big players.

In Web 3.0, three-dimensional design is employed extensively in websites and services. 3D graphics are used in museum guides, computer games, ecommerce, geographical contexts, and other applications.

Outside of the prominent fields of online games and entertainment, 3D graphics will impact. It will almost certainly be employed in education, health care, real estate, and other e-commerce fields. Individuals are also expected to develop and utilize their 3D avatars in the future.

While blockchain-related technology (distributed file systems, digital IDs, micropayments, and so on) can be considered related developments, 3D graphics are merely an evolution. It was sure to evolve at some point; it just so happens to be maturing at the same time as these other Web 3.0 technologies.

Information is better connected with Web 3.0 thanks to semantic metadata. As a result, the user experience progresses to a new level of connectivity that takes advantage of all accessible data.

Metadata is used to organize information on the new Web.

Filters and virtual experiences are intended to be included to dazzle users with the entire experience. It will enable the worldwide audience to achieve a new degree of connectedness, with all information flowing freely.

Multiple applications can access Ubiquity Content, and because every device is connected to the internet, the services can be used anywhere. Web 3.0 will eventually eliminate many of the drawbacks of Web 2.0.

We may expect the Web to work effortlessly on every device (tablet, smartphone, or desktop). Every household gadget will be programmable from anywhere and, where appropriate, will be utilized as a web access device, thanks to the Internet of Things.

In the end, your identity, most of the items you own, all of your data, and every software capacity you have a right to use will all be linked and able to function together.

If Web 3.0 is adopted, no one anticipates a sharp break between the two, but rather a gradual shift, similar to the previous changeover.

The “Static Web,” sometimes known as Web 1.0, was a network that allowed users to connect to another network without traveling much further. It had minimum interactivity, such as contact forms or newsletter signup, and was done in a linear sender-receiver conversation.

Users could not express themselves or ask questions and have more influence over the information. We can roughly place it between 1989 and 2015.

Web 2.0, also known as the Social Web, was a significant improvement over the previous version, with an extension that allowed individuals to communicate with one another. Users gained prominence in forums, blogs, social networks, and video pages when this extension was released. It gained traction as a result of technological advancements such as Javascript, HTML5, and CSS3, which enabled the creation of interactive web platforms like YouTube and Facebook and social networks in general and the production of user-generated content.

In the case of desktop software, it is converted into a web application, and the material is presented in a completely different way. It began to pick up steam in 2005 and has continued today.

As I previously stated, Web 3.0 is also known as semantic Web, and the main difference between it and previous versions is the implementation of a shared infrastructure that allows machines to understand the meaning of information on a website, thereby facilitating people’s work, personalizing each individual’s browsing experience, and automatically filtering content.

RDF (which offers descriptive information about resources), OWL (which provides an ontologically structured language), and SPARQL would be used to make this practicable (allows semantic searches on web resources).

These would be the ones that would allow for the incremental addition of semantic information to an endless number of existing webs.

Web 3.0 is still merely a collection of concepts and “good intentions,” it’s challenging to provide instances that demonstrate what this next version of the InternetInternet entails beyond the description and attributes listed above.

What leads us to believe that it will have a future is the current demand for a more intelligent version of the internet. User queries are more relevant on a case-by-case basis and are conducted in a more natural language.

All of this depends on large producers and customers accepting the change adopting the new version and convincing them of the need for privacy. However, this isn’t the only issue; the technology that underpins this approach still needs to improve, making the way smoother for everyone.

Only time and technology advancements will determine the future of this new Internet paradigm. Still, given how many people criticized the move from Web 1.0 to 2.0, there is every reason to expect it will be implemented.

You can also utilize technology to start a firm from the ground up, make a digital clone of your online store, show them your manufacturing process, and much more. It is inexpensive, and the advantages are numerous.

Web 3.0, on the other hand, will make firms more transparent and user-centric. It opens the door for blockchain, and in the future, apps and websites will use blockchain to enable users to make purchases using cryptocurrencies and coins. 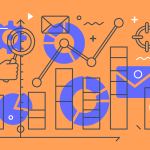 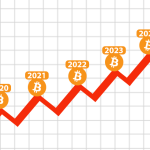