Why Bitcoin Is Going Down And Future Predictions For 2022

In 2009, bitcoin was publicly available, it,s popularity rose in 2010 when the pricing of its token rose from a dollar to 0.09. Since then the price of bitcoin increased in thousands of dollars, sometimes this up and down of dollars in days. The pricing history of bitcoin is confusing due to its rising and falling, there are many reasons for this pricing up and down. Understanding the volatility of bitcoin and understanding the factors that influence the price can be helpful for those investors who are confused about investing it, trading it, or just waiting and watching its developments.

The uncertainty due to the Covid variant and high-level inflation all over the world spilled over into the crypto market and the downturn in global stocks. Cryptocurrency with the merger of different fears about further regulation is going down. The pricing of bitcoin and different other digital assets dropped very quickly and heavily at the start of December. During this situation, bitcoin is on a ride of a roller coaster rising and falling in different news stories. The inconsistency in daily pricing of bitcoin in comparison to the past three years is 75%. As compared with the last three years, bitcoin is four times down in comparison to the stock market.

Bitcoin’s pricing is going down and has fallen after the dipping of the crypto market in a crash on Friday JAN 24. After the proposal of the Russian central bank to ban cryptocurrencies in the countries, the fall down of bitcoin has reached near $40,000.

Since July the price of bitcoin dipped below %34000 for the first time in January. This is a big drop from its latest high hit in November.

China’s decision to make cryptocurrency transactions illegal and shutting down the bitcoin mining in Sichuan is another reason for down pricing in the market. China has banned markets related to crypto in 2013 and 2017, now in may 2021 China has also banned companies and different financial institutes which were giving services and payments related to the crypto market.

China’s continued crackdown and fear of America’s interest is playing a big role in the crashing of bitcoin. There is an opinion about China and America, policy against crypto market Russia has banned the crypto markets.

China started a crypto crackdown after the announcement of Musk, the shocking decision Musk made was a u-turn for Tesla, because he started accepting bitcoin as payment for its services. It happened after buying an electric car company which bought $1.5b in bitcoin shares, which affected Tesla and crypto.

There are different causes of the price fluctuation of bitcoin. Positive and negative both types of stories can be heard about bitcoin.

Stories  About Crash Down Of Bitcoin

1. Musk said in May 2021 that Tesla will not accept bitcoin as payment, due to over concern about the environment.

2. The ban of Russia on the crypto market in the country.

3. Boycott of China in June 2021 about trading and mining bitcoin.

4. Donald Trump described bitcoin as a scam against the dollar, which is the currency of the world.

5. Uk banks blocked all payments and transactions to crypto exchanges.

6. The FBI grasped millions of dollars of bitcoin currency from the criminals.

7. Binance, which is the largest exchange of crypto blacklisted from the UK,s big banks like HSBC and Standard follow suit.

8. The IMF warned different countries in August which are using crypto and consider it as a legal tender.IMF said the widespread use of crypto can be a threat to macroeconomic stability and also can be harmful to financial integrity.

9. In August the poly network of crypto hackers stole $ 600m, and only returned a third after four days by saying we were doing this just ‘For Fun’.

The volatility of bitcoin is a durable truth, still, this is an unstable and speculative investment for investors. In the present situation, we can see more volatility in the future of cryptocurrency, and experts said that the investors will take a long time to deal with it or invest in the crypto market.

Future Predictions About Bitcoin In 2022

Recently in a prediction, an expert has said that bitcoin will reach %100,000 Jan 2022 which is almost equal to the bitcoins price in Jan 2021. But altcoins demand is also in the market. The same expert has tweeted recently that into the bitcoin market a dip below %40,000 could lead to ‘ free fall ;

Unfortunately, it is very difficult to predict bitcoin pricing in 2022. Many experts are hesitating to predict about any specific number and date, by the time the point of bitcoin’s trend will increase its value. Bitcoin’s long-term value is driven by organic market movement, so investors should expect a rise in bitcoin’s pricing. Last October Jurrien Timmer director of global macro at fidelity, investment predicted the bitcoin price is on the threshold of %100,000.

Here we have some more predictions about bitcoin from high to low in next year.

Why? As all, we know that bitcoin was the first cryptocurrency in the market, but now the situation is different because others have exceeded it in the revolution when it comes to ‘web 3’.Web3 is also known as a new internet that is built on blockchain. After the release of altcoins and publicity of metaverse will increase the demand for crypto in the market, bitcoin will come back eventually.

Mathew Hyland. According to this expert, bitcoin can reach near %100,000.

Why? As we know in January 2022 the price of bitcoin was equal to its price in January 2021, but in the market, there is a new demand for altcoins. Probably the bitcoin due bitcoin offline crypto wallets storage is the reason the trend of bitcoin supply has left the major exchange.

Why? After the Covid

19 and the inflationary pressure will increase interest in cryptocurrency, it will push the value of bitcoin higher than the previously estimated projections, Breedlove talked about in his interview at the start of this year.

The CEO of Voyager Digital considers bitcoin as the face of the cryptocurrency market, and he thinks that bitcoin will cross%100,000.

Here we have some optimistic predictions about the pricing of bitcoin, though some experts are not eager to pin this to the time frame. For example a popular bitcoin bull Microstrategy’s Michael Saylor believes that bitcoin will hit %6 million, but it is not easy to say WHEN?

Adoption Of Bitcoin Will Increase in In2022

Founder Of The Digital Assets Council Of Financial Professionals, Ric Edelman has published different predictions for 2022.   According to him, 500 million people worldwide will own BTC in the year 2022.

We can see different countries are following El Salvador and accepting the BTC as a trend. And many other experts like Naavik co-founder Abhimanyu Kumar, think people will be more attracted to crypto after the growth of blockchain. He told block works  ‘, it’s going to lead the adoption curve because of the nature of the medium. It’s entertaining and it’s fun. It makes crypto easy to grasp.’

Bitcoin Will Lose Market in 2022

In 2021 one theme that, become clear is that the crypto market is more than just BTC. Bitcoin made 70% of the total at the start of 2021. According to Coin, market data is now more like 40%. This is due to the creation of thousands of new coins, but it is mostly due to the growth of Ethereum (ETH) Cardano(ADA), and Solana (SOL).

Forgiving more and more share in the market to these platforms like Ethereum, Cardano, and Solana, there are being built more and more projects.

President and co-founder of Anchorage Digital Diogo Monika said,’ it no longer just a  speculative investment in Bitcoin or Ethereum, we are talking about NFTs (non-fungible tokens), Defi (decentralized finance), remittances, capital preservation, and many other verticals

We have shown both aspects of predictions. Many players of the crypto industry have clear hope about the regulation of bitcoin which will build confidence among investors, on the other hand, billionaire investor Mark Cuban says this regulation must be around stable coins.

People believe that crypto is at the edge of collapse, but one thing which is clear: the topic of crypto will remain a divisive topic in the future. If you are interested in buying bitcoin, you will have to research the crypto market and need to understand the risks which are involved in the crypto industry.No one can say about the regulation of bitcoin, maybe it will increase or not. If you are interested in the crypto industry, buy only from reputed crypto markets and spend what you afford to lose. In this way, the risks of getting burned badly will minimize if the situation goes wrong. 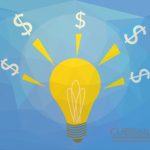